Building on the success of its predecessors, the ninth Compound Semiconductor International Conference pinpointed the most promising opportunities for this industry.

A great conference has to excel on many fronts. It has to feature a wide range of engaging presentations from leading companies, helping delegates to identify the most important markets for tomorrow; it has to attract a good number of attendees that network, sharing their insight; and has to include many exhibitors, offering opportunities to improve productivity.

Judged in these terms, this year's Compound Semiconductor International Conference was a tremendous success. No-one there could have failed to identify what is now the most promising market for this sector - the electric vehicle industry - while attendance and exhibition numbers hit all-time highs, with 700 delegates coming to Brussels for this meeting, plus the co-located Photonics Integrated Circuits International and Sensors Solutions International. Sponsorship across the three conferences, held over 26-27 March, totalled 70.

An incredibly compelling case for the virtues of SiC in electric vehicles came in the key-note presentation by Aly Mashaly, Director of Power Systems at Rohm Semiconductors. He explained that Venturi, a team with a low budget in Formula Electric, had made great strides by switching from silicon to SiC power modules. The move to SiC diodes improved the performance of the car, before further gains came from migrating to an all-SiC module. It is lighter and smaller than its predecessors, can be positioned in the ideal spot in the car to improve handling, and has played a major role in Venturi winning its first race this March. The lasting message from Mashaly: SiC is a winner.

Deployment of SiC devices is not limited to racing cars, but extends to all forms of electric vehicle. Sales of this class of power device to the automotive industry are set to rocket over the next few years. Speaking at CS International, Richard Eden from HIS Markit, said that by 2026 sales to this sector will be around $3 billion, taking the lion's share of a total market for SiC sales that will be just shy of $5 billion.

Another trend that Eden highlighted is the emergence of SiC MOSFETs and JFETs operating at lower voltages, such as 900 V, 800 V and even 650 V. This move will allow SiC transistors to go head-to-head with silicon super-junction MOSFETs with identical voltage ratings.

GaN power devices are also showing the capability to expand their operating range. To date, much effort has focussed on blocking voltages below 1 kV, but in the keynote presentation delivered by Farid Medjdoub from IEMN, France, highlighted several options for higher voltages.

Medjdoub, who has worked with several industrial partners, presented data showing that devices made with GaN-on-silicon technology developed by ALLOS Semiconductors are capable of breakdown voltages of 1.4 kV; and that heterostructures of the same ilk that are made by EpiGaN and sport a thickness of just 5 microns can realise blocking voltages of 1.2 kV.

Far higher voltages can be realised by removing the silicon beneath the transistor, and growing a layer of AlN in the vacated area. Medjdoub and his team have done just this, recording blocking voltages of up to 3 kV.

Another development that is benefiting our industry is the roll-out of 5G infrastructure. In his presentation, Eric Higham from Strategy Analytics considered its impact on backhaul communication. He argued that these links will move to higher frequencies - possibly over 100 GHz. "Why? Because there is tremendous bandwidth at these frequencies," argued Higham.

Some of the backhaul connections between the base stations will involve connections by fibre. Higham reasoned that regardless of whether this dominates, or microwave links, the growth of 5G will be good for the compound semiconductor industry.

Within the opto-electronics sector, the most exciting development right now is the rapid growth of VCSEL sales. According to Pars Mukish, an analyst at Yole Développement, sales of this device for 3D sensing applications are going to ramp from around $446 million in 2018 to just over $3 billion by 2023.

For edge-emitters, displays could become a lucrative market. Developing devices for this market is Sony Corporation, working in partnership with Toyoda Gosei. Speaking on behalf of this collaboration, Masahiro Murayama from Sony revealed some of the latest results for blue and green lasers, which can be combined with red cousins to produce full-colour projectors.

This team's semi-polar green lasers with a 1.2 mm length and a 10 micron width are capable of a peak power of more than 2 W, when driven at 3 A. The wall-plug efficiency for these 530 nm emitters peaks at just over 17 percent, when driven at 1.2 A and emitting 1.01 W.

Two types of blue, c-plane lasers have also been developed by Sony: a 465 nm version for colour projectors, and a 445 nm sibling that can provide the source for phosphor excitation. The 465 nm variants are capable of an output of more than 5 W at a wall-plug efficiency of 37 percent, while the 445 nm edge-emitters can produce 5.8 W at a wall-plug efficiency of just over 41 percent.

To celebrate innovation and achievement within the industry, the conference included the CS Industry Awards. Transphorm netted the prize for High-Volume Manufacturing for shipment of more than a quarter of a million high-voltage GaN FETs, while Qorvo picked up the award for Innovation for its 5G Front-end modules, Osram and GaN Systems collected the Device Design and Packaging Award for a multi-channel surface mount laser for LiDAR, and the award for Substrates and Materials went to ALLOS Semiconductors. 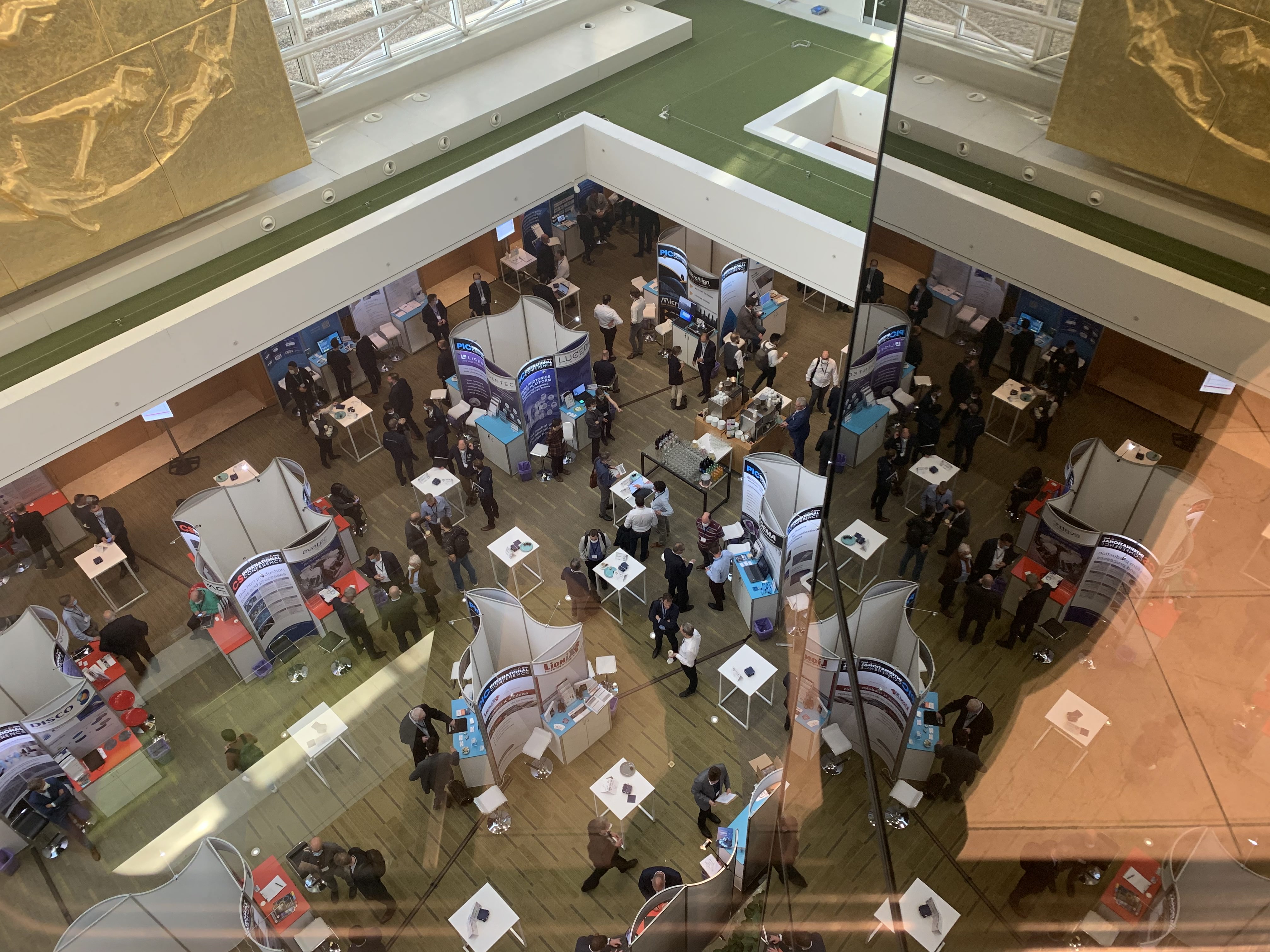 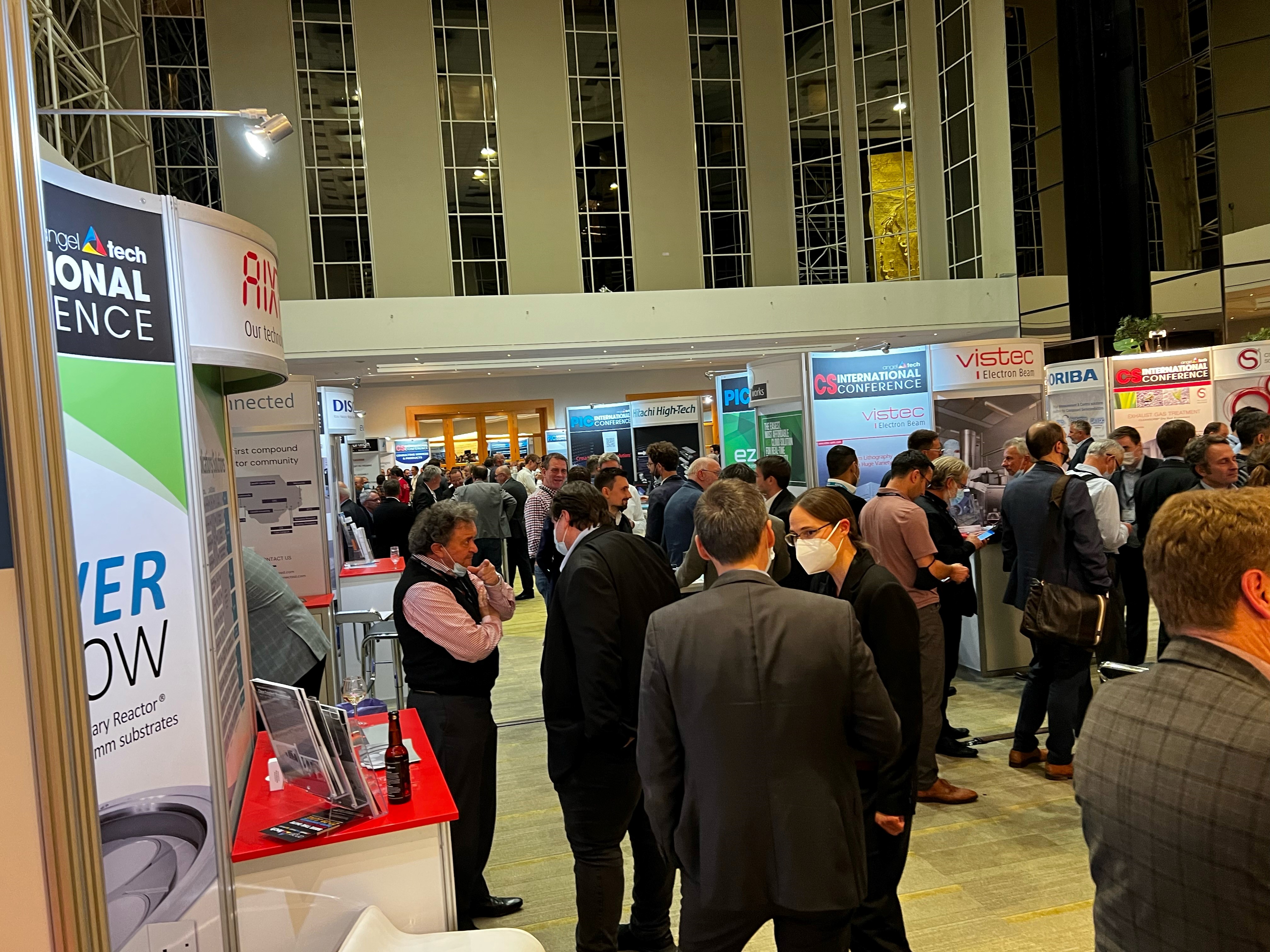 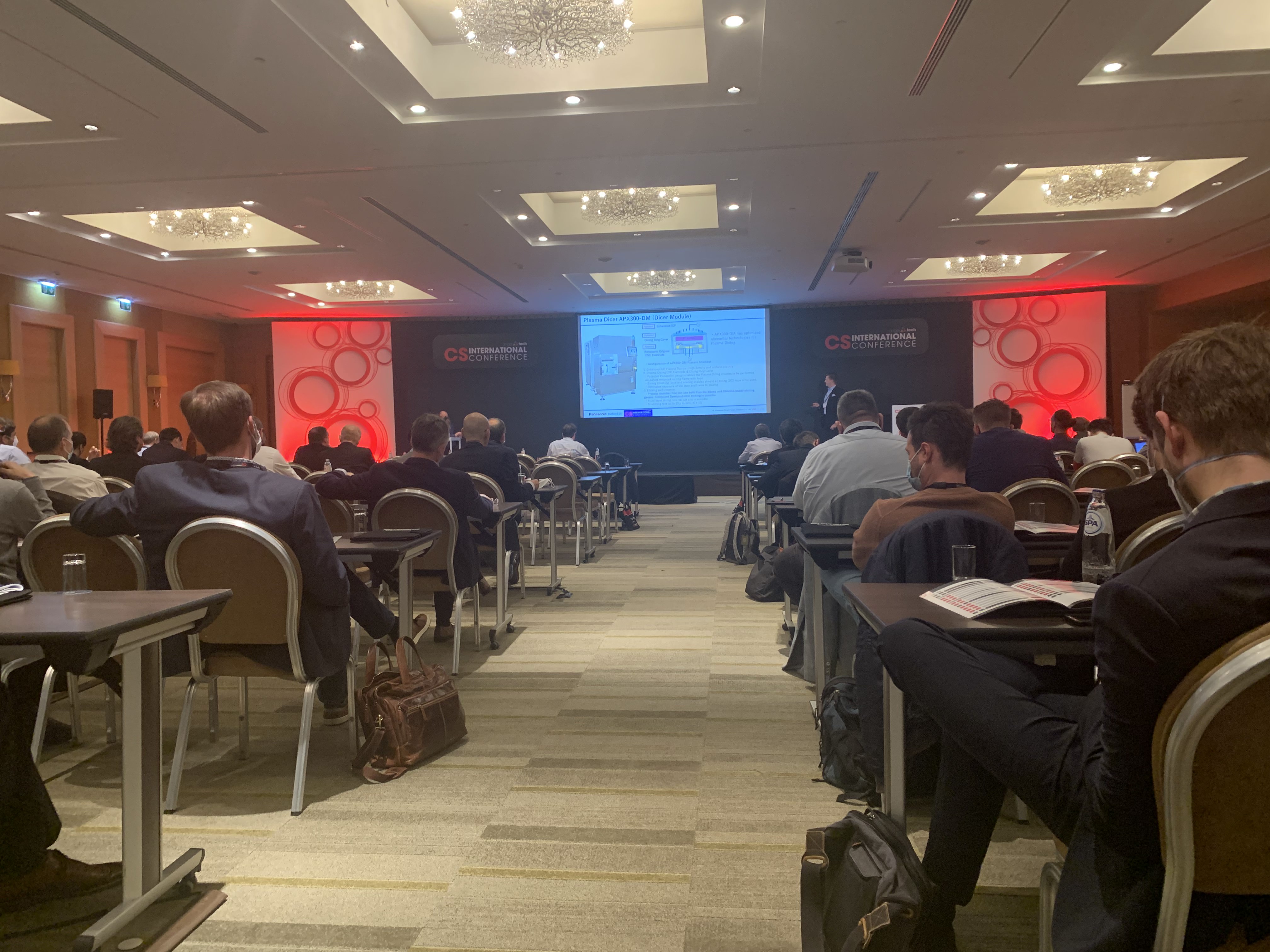 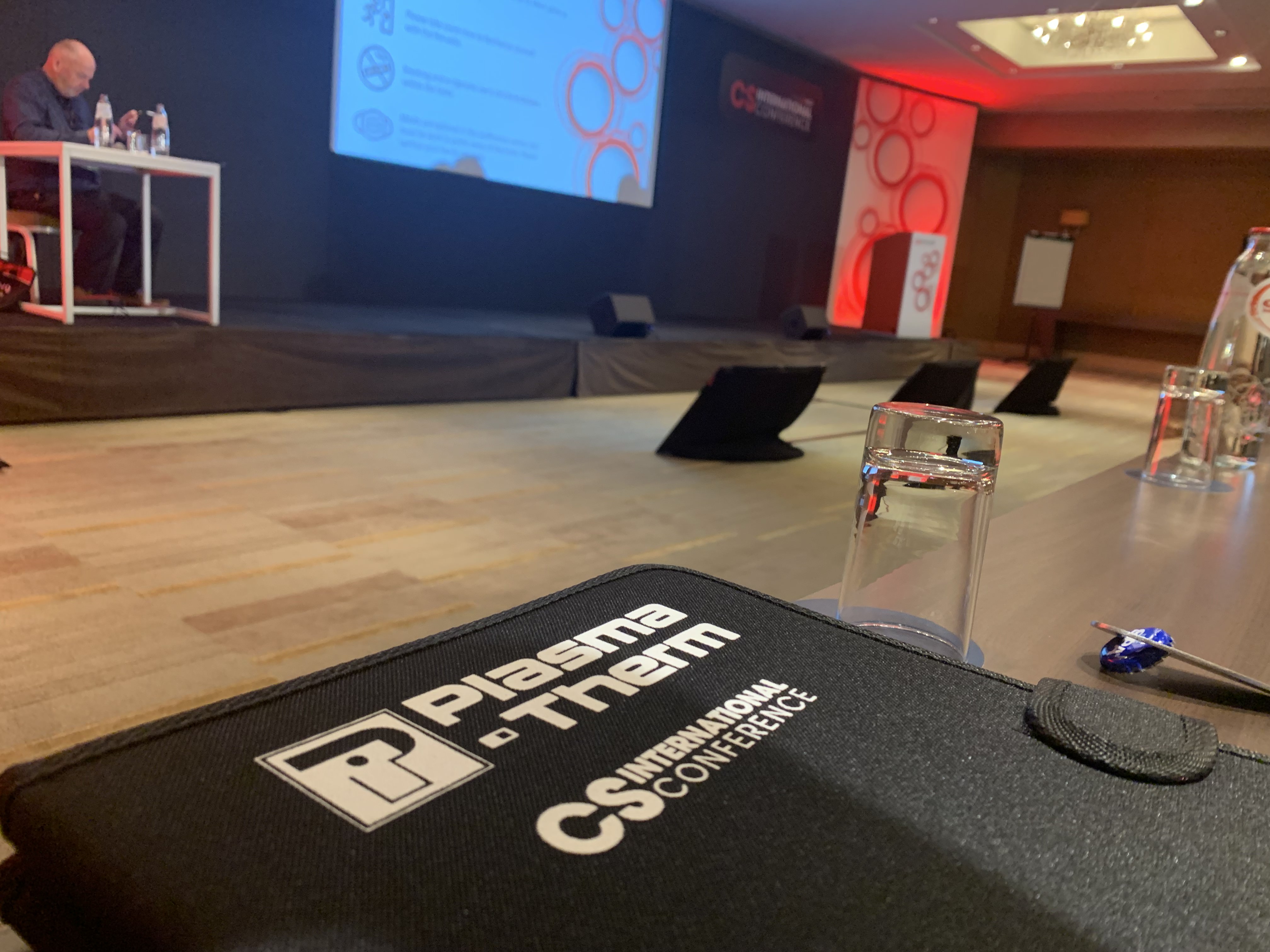 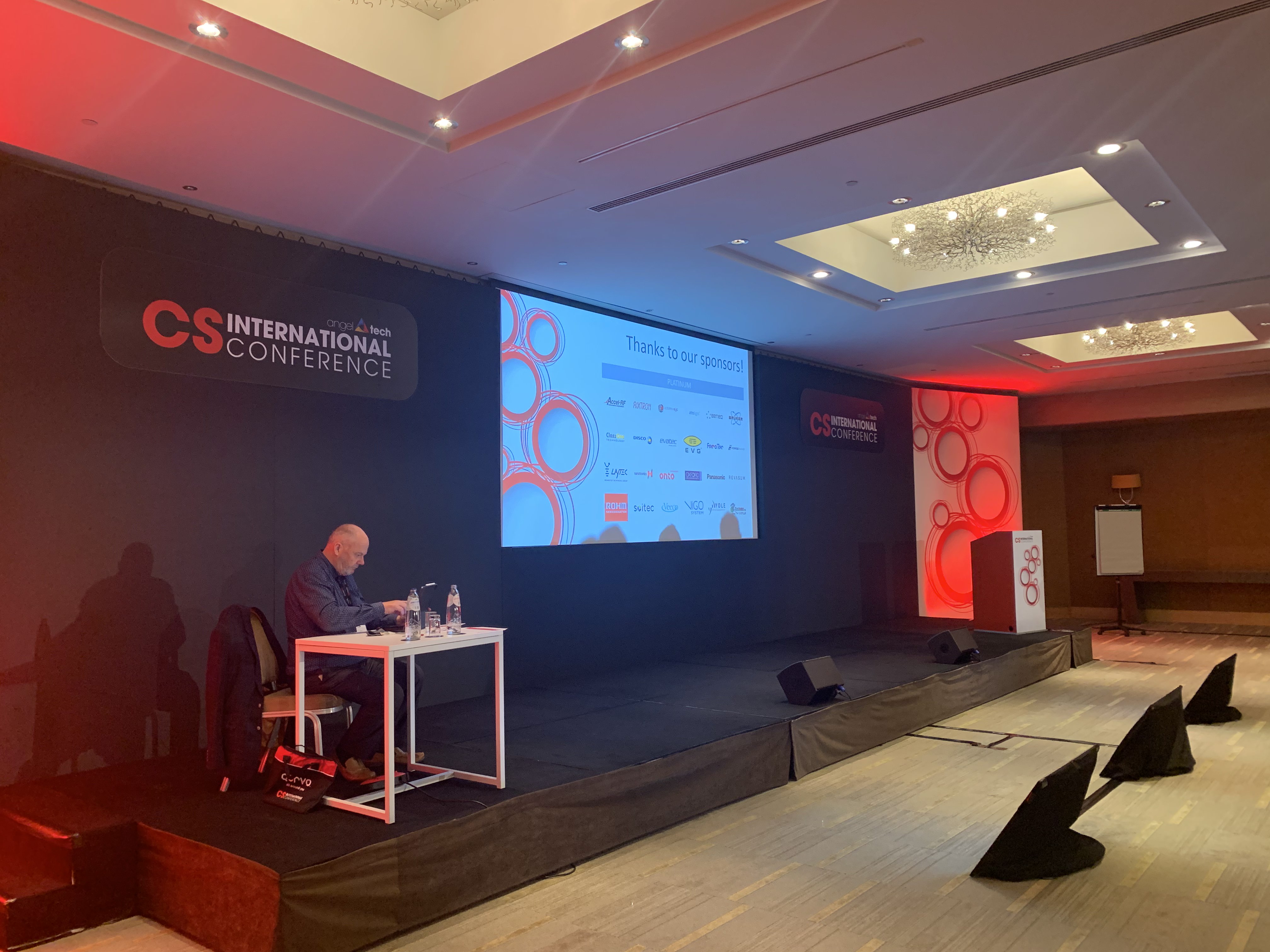 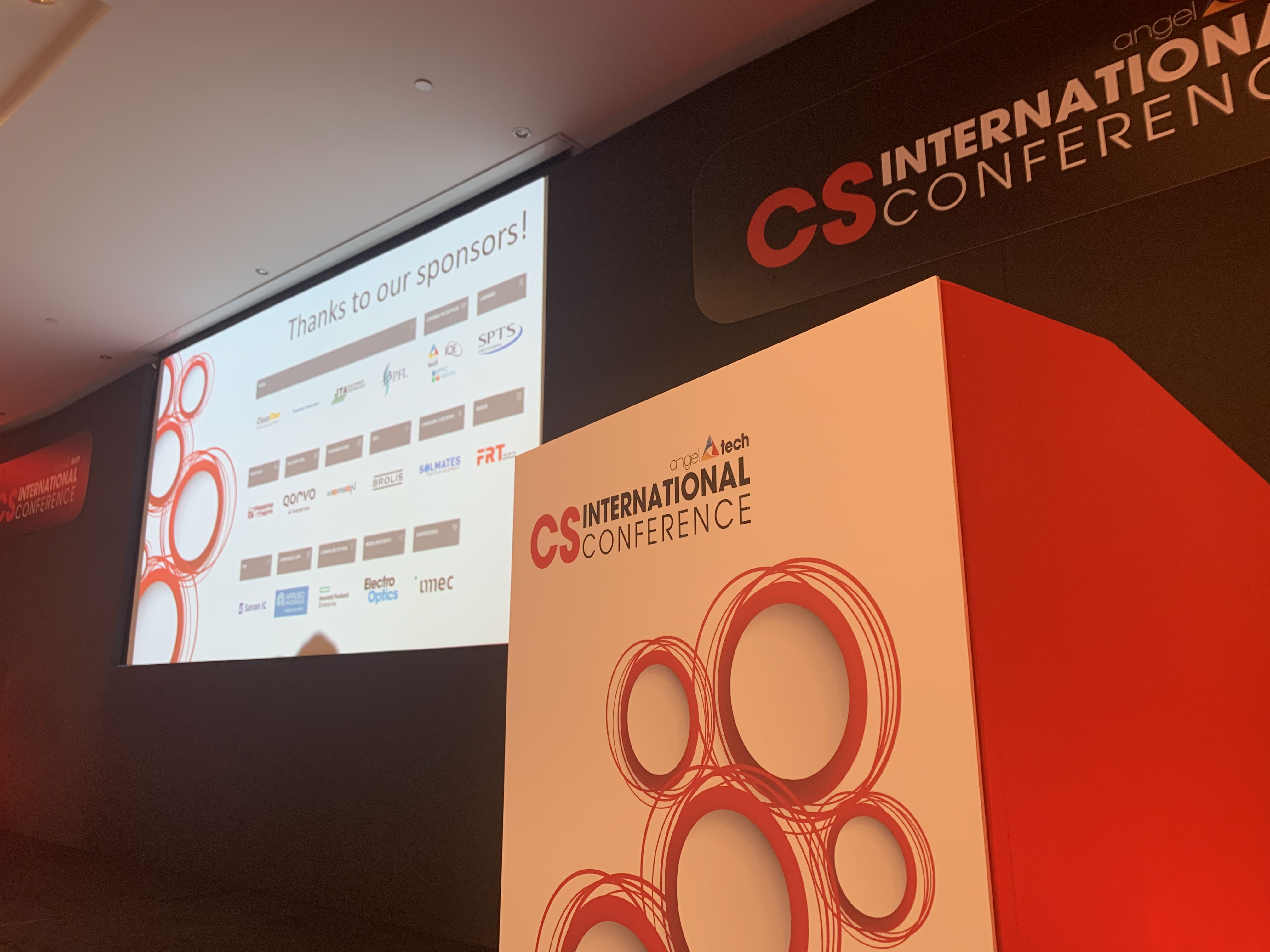 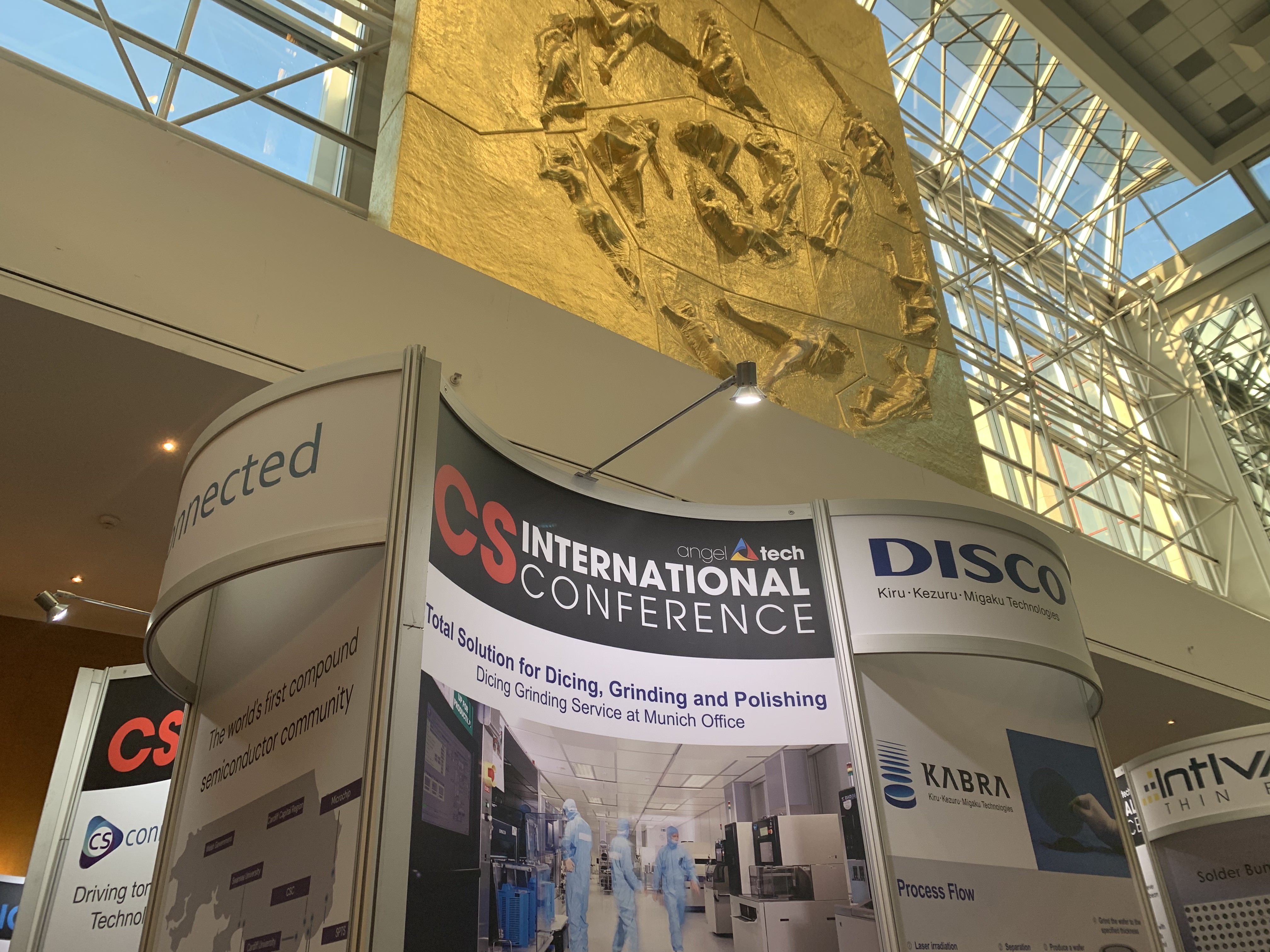 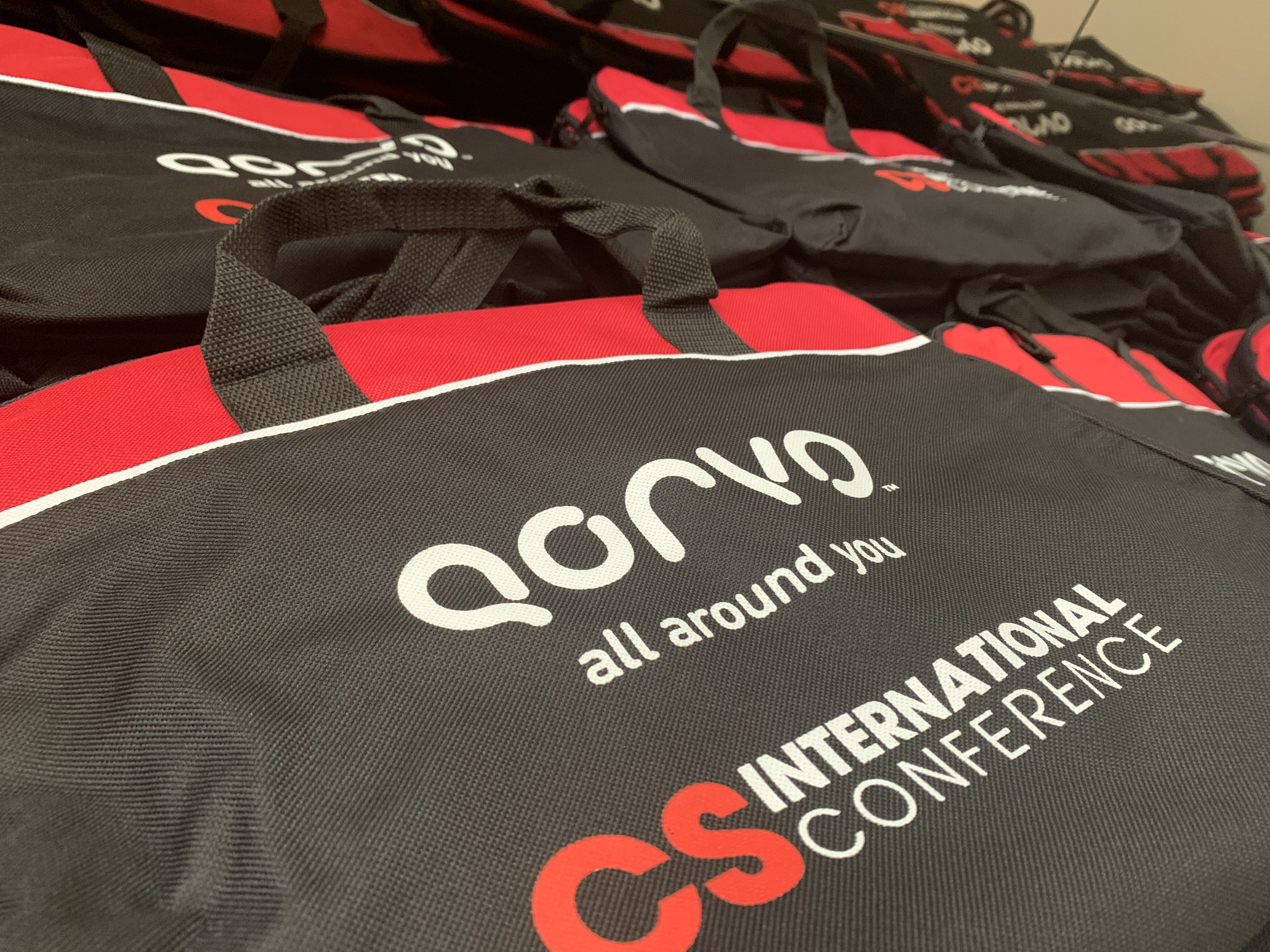 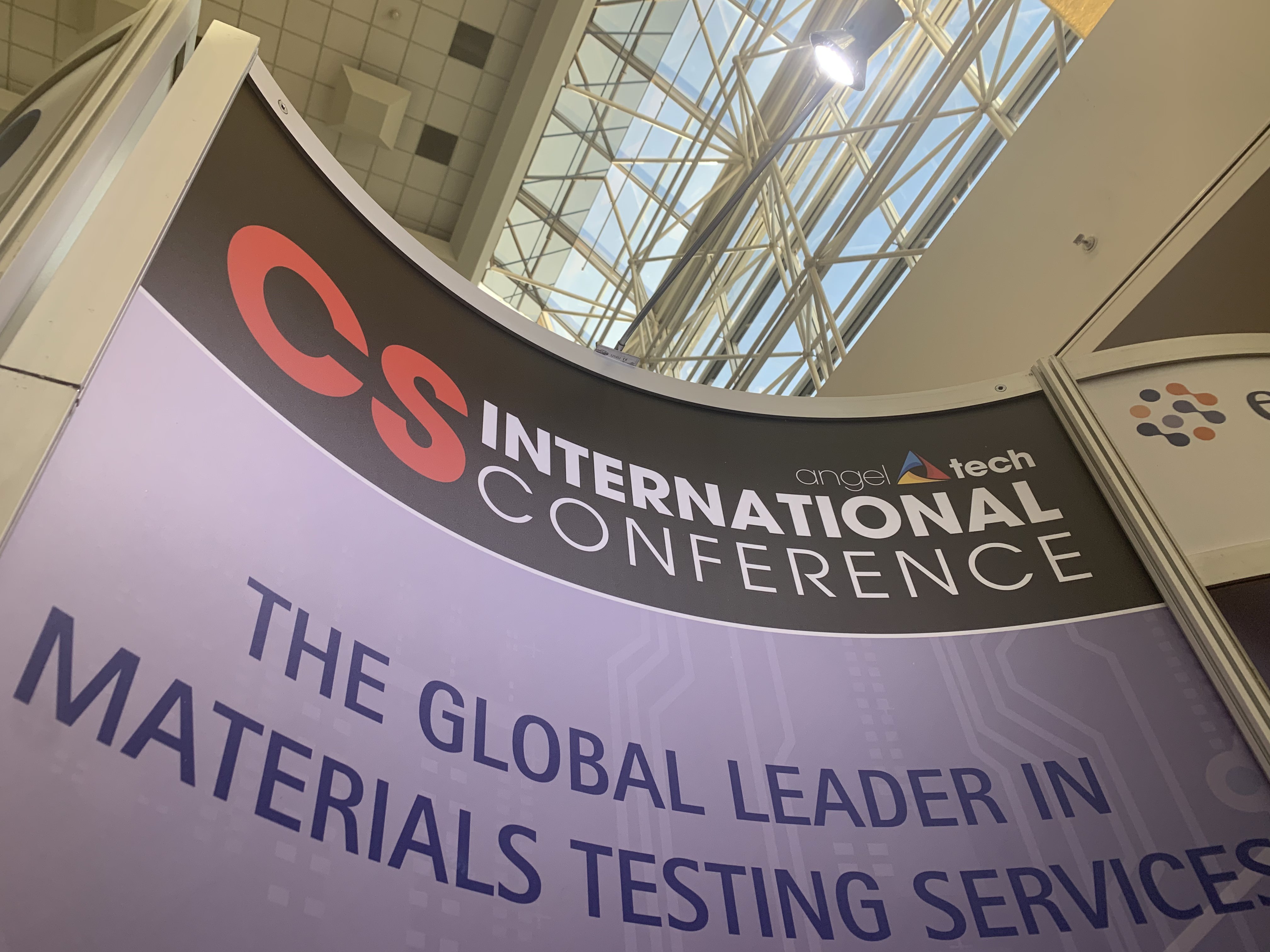 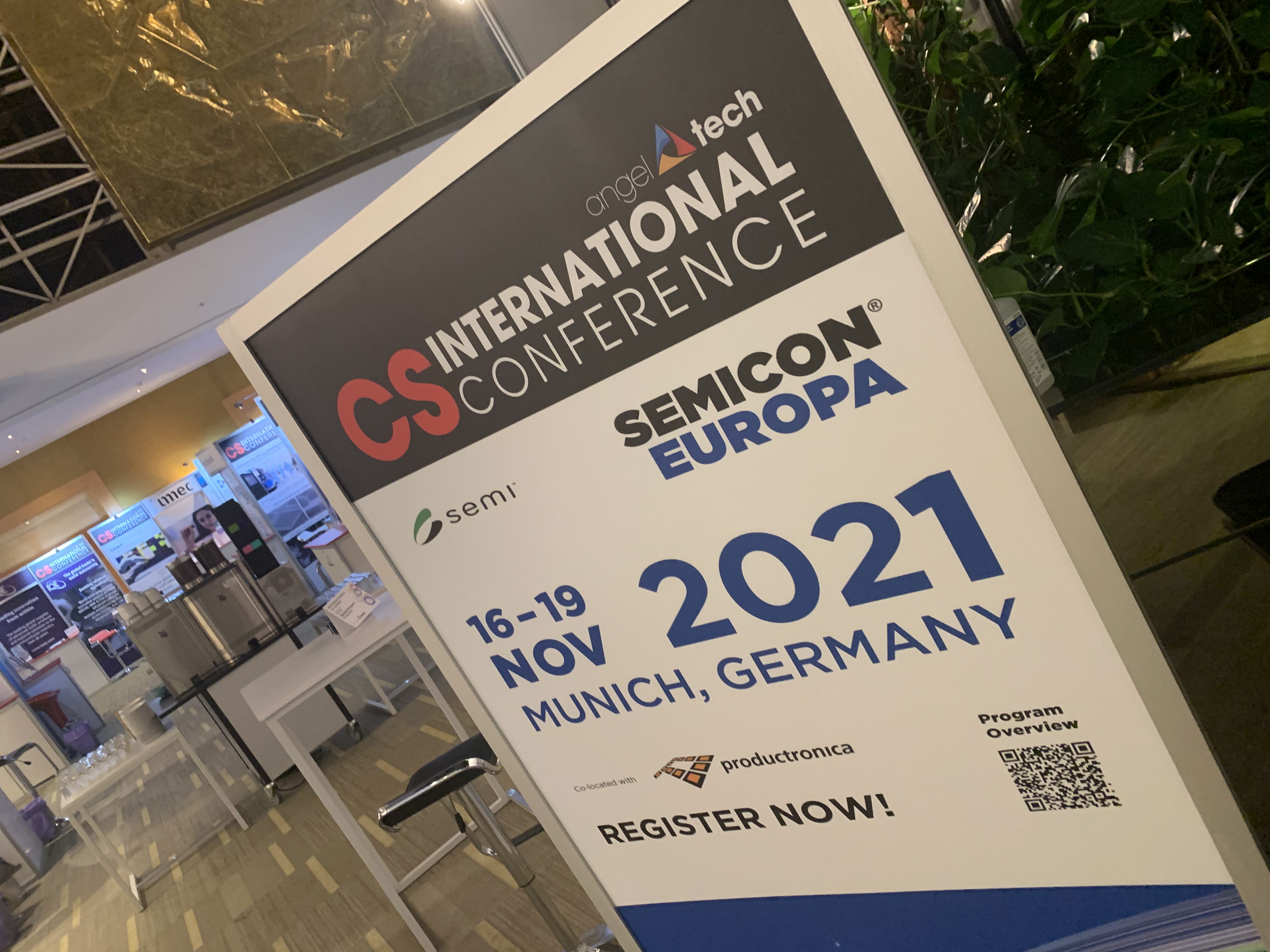 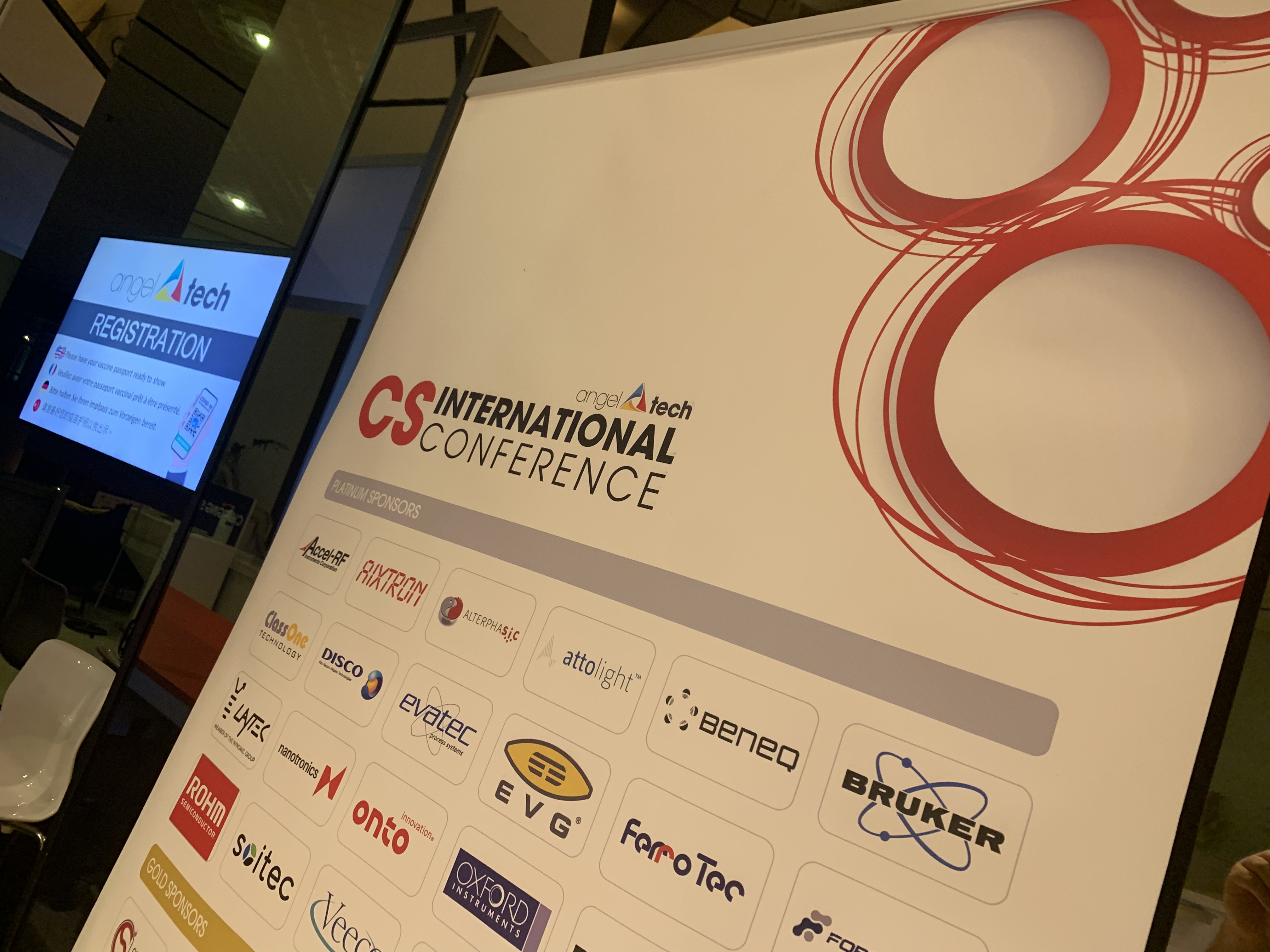 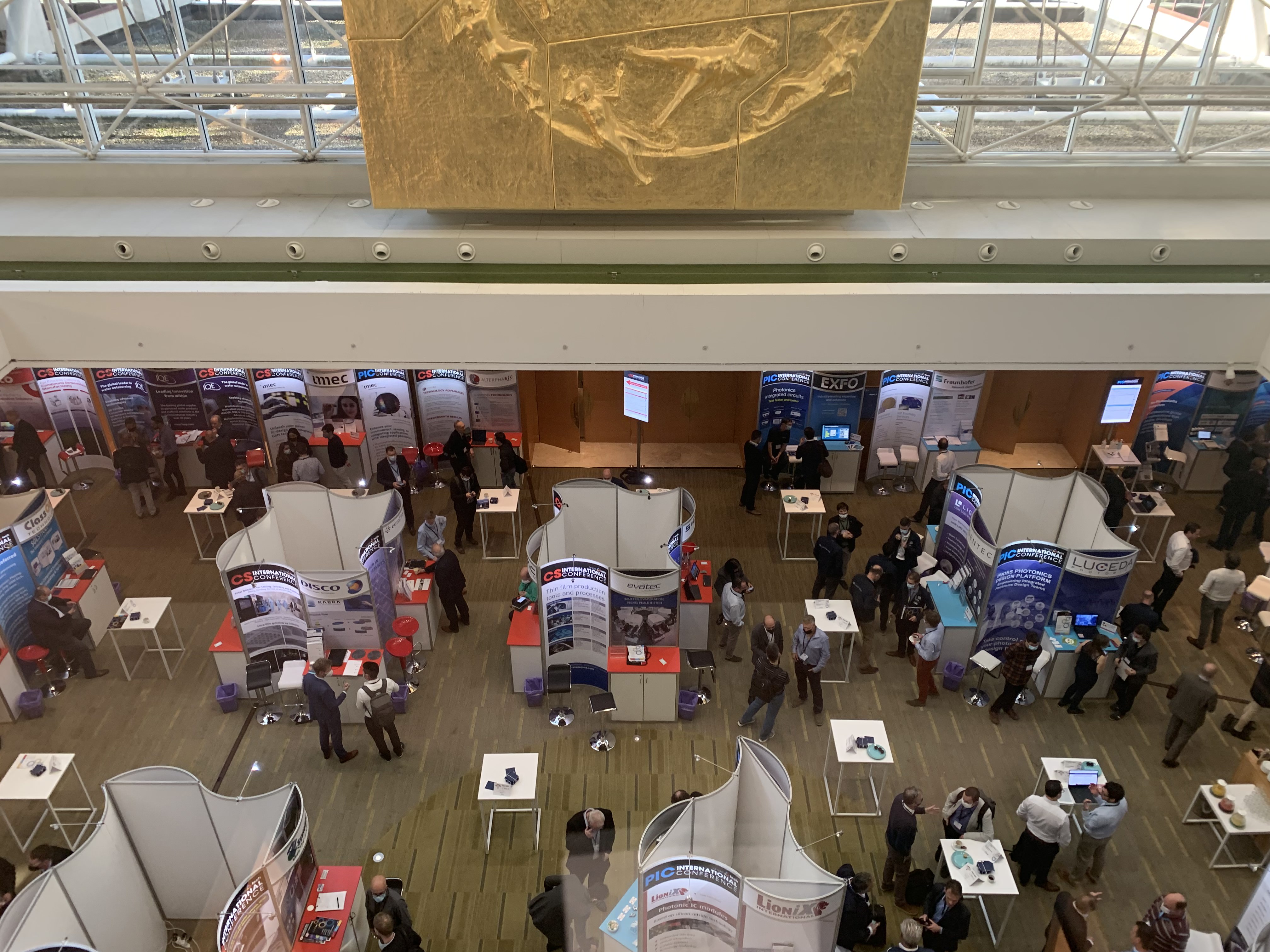 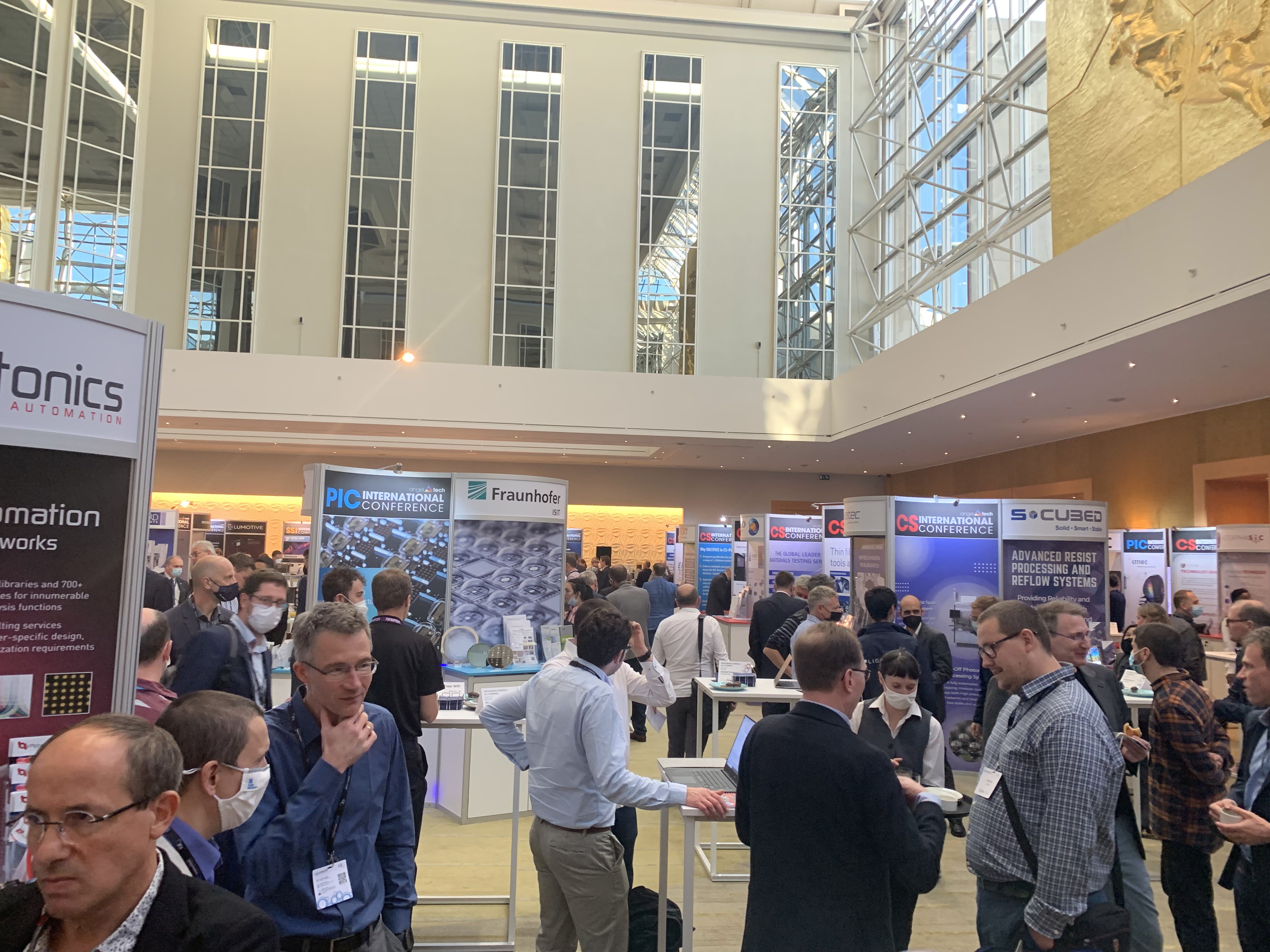 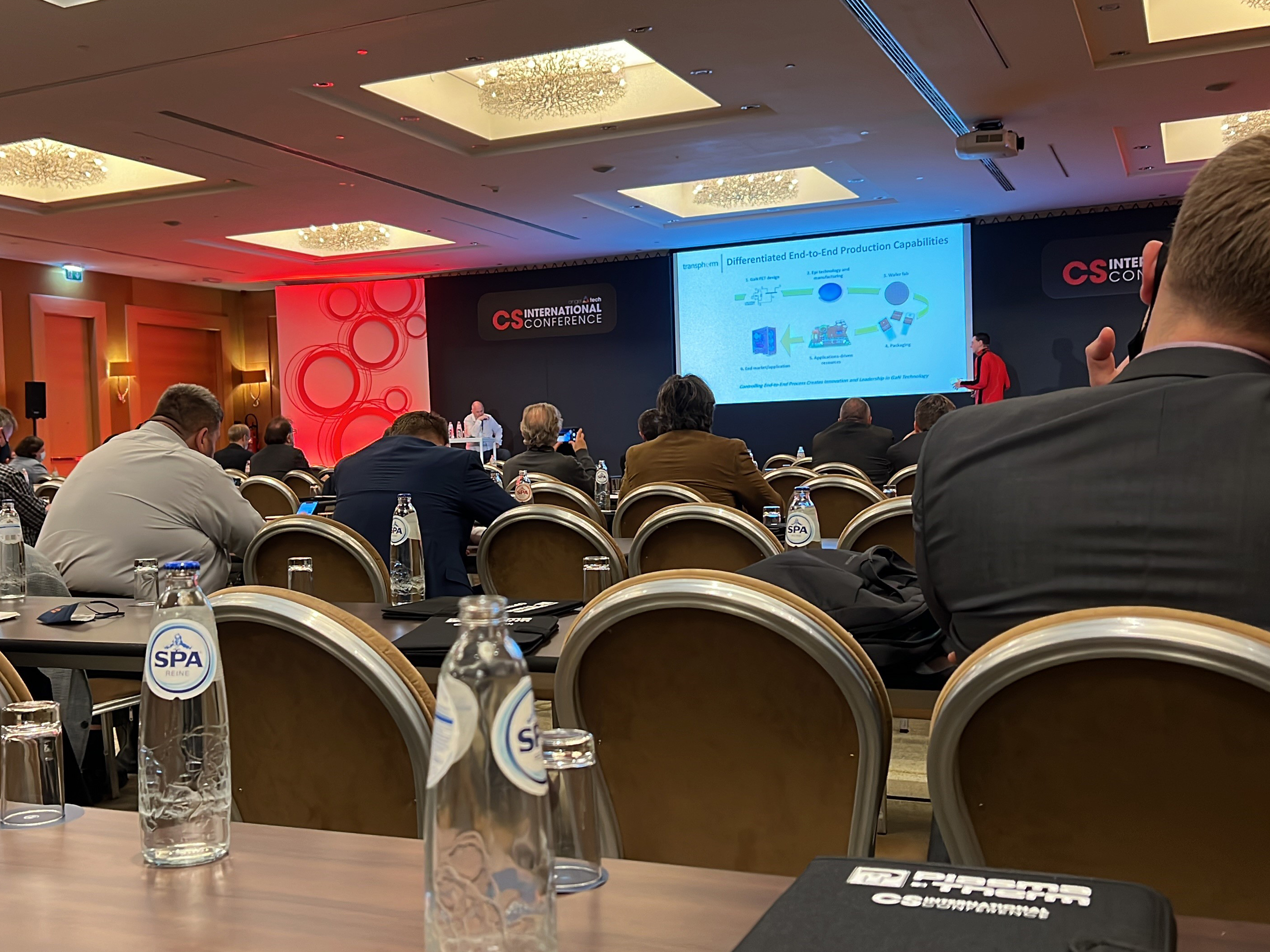 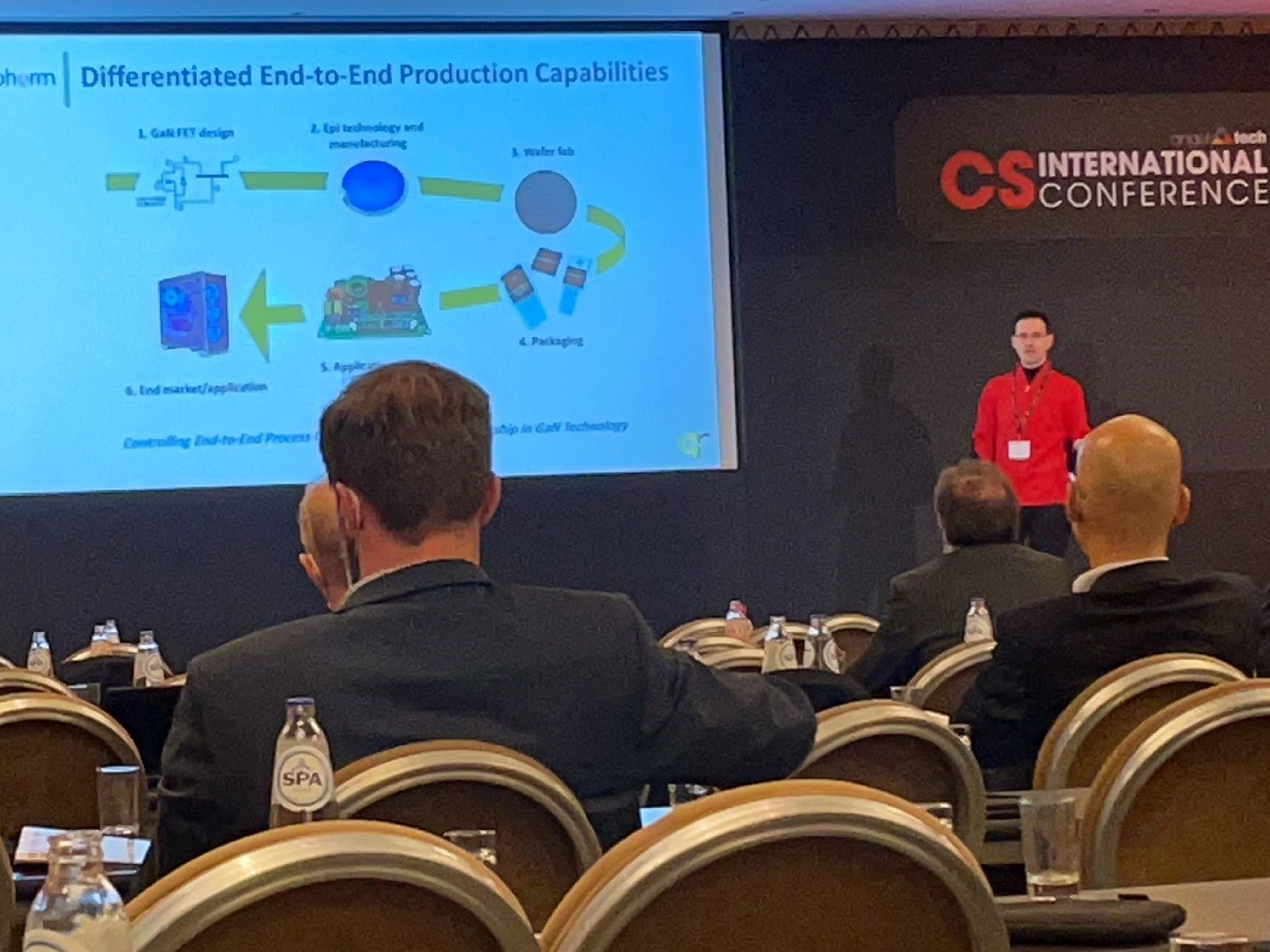 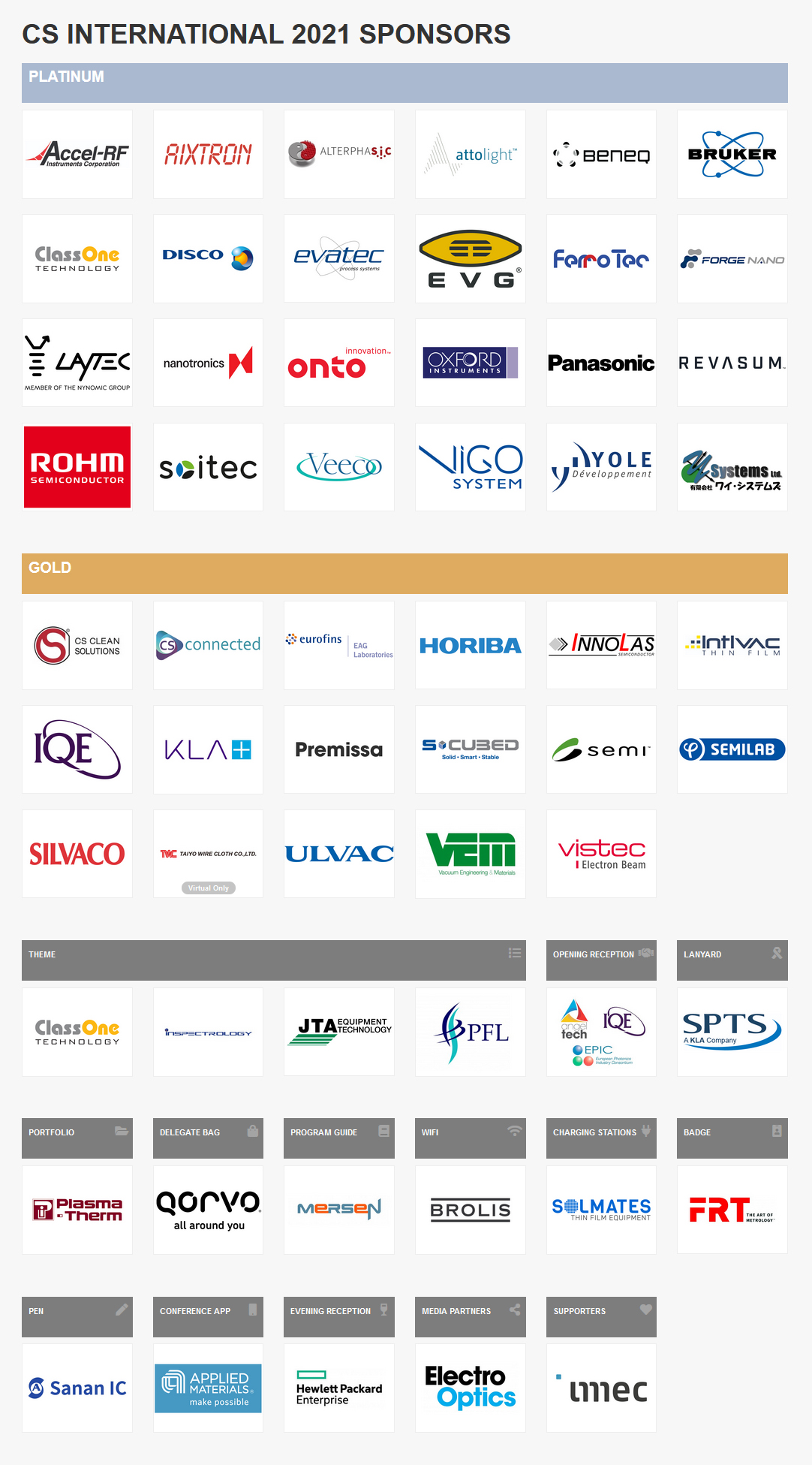